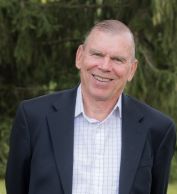 In the role of Executive Producer, Mr. Stinson defined Media Station’s overall title development process. This process, combined with the company’s proprietary technologies, has resulted in the creation of more than 100 titles in 14 different languages.

Mr. Stinson holds both a Masters and Bachelors degree in engineering from the University of Michigan.